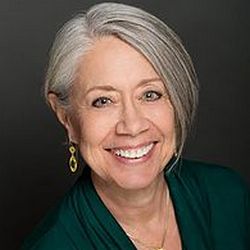 We are excited to have Sheila Stillman teaching the art of precious metal granulation, a decorative jewelry technique with over 5,000 years of history. It dates from the ancient civilizations of Mesopotamia, Greece, Byzantium and Egypt, reaching its height during the Etruscan era of the 6th and 7th century BC. Many extraordinary examples of gold granulation have been found in archaeological sites, and can be seen in museums around the world.

Granulation consists of applying a pattern of tiny gold or silver granules to a surface and fusing them with precisely controlled heat. If too little heat is applied, the granules do not adhere; too much heat, and everything is melted and destroyed. It is considered by many to be the ultimate achievement of the goldsmith’s art.

This class will focus on using Argentium's unique quality of fusing with other metals to take advantage of the beautiful effect achieved by using 22kt gold and Argentium together.

We will concentrate on granulation, reviewing how to make granules, then making several sample pieces. After getting comfortable with granulation on the sample projects, students can develop their own designs and have technical support as needed to complete them by the end of the week.

For those interested in granulating entirely in 22kt gold, I will demonstrate the process, different from that of Argentium, and help you complete your project in gold.

Thanks to all of you for sticking with the class with all the unanticipated changes.  My goal for the week is for you to be successful and HAVE FUN!
Sheila Stillman's Bio:

Sheila Stillman has been making jewelry in precious metals for over 30 years. Initially apprenticing with a master German goldsmith, her early focus was on fabrication and contemporary design. She later added the classical technique of granulation to her work, allowing her to combine both modern and ancient sensibilities.
​
Sheila’s approach to making jewelry is a unique combination of ancient granulation techniques and modern fabrication.