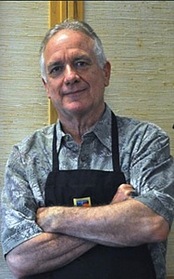 James Carter is well known among his colleagues in the enameling world. With an MFA in Metalsmithing and 30 years in the field, he is a source of unending information and resources. In addition to creating award winning cloisonné enamel, he has taught at jewelry and craft schools across the country such as Revere Academy of Jewelry Arts, Arrowmont and the Mendocino Art Center.

James currently runs his own successful jewelry school in Carrboro, North Carolina, James Carter Studio and School of Jewelry Arts. Over the past 3 years, he has produced 2 DVD sets on jewelry making: Metalsmithing Essentials and Metalsmithing Basics and is working on his 3rd, this time on Cloisonne Enameling. 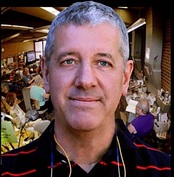 John Cogswell is a jeweler, silversmith, educator and author/illustrator. He recently retired from the State University of New York (SUNY) at New Paltz, NY, and previously taught at Parsons School of Design, NYC, Pratt Institute, Brooklyn, NY and Hofstra University, LI. He was also former Director of the Jewelry and Metalsmithing Department at the 92nd Street Y in New York City. In addition, he has conducted numerous workshops at such locations as Arrowmont; Brookfield; Haystack; Penland; Appalachian Center; Peters Valley; Touchstone; FSG/WildAcres; FSG/Atlantic Center for the Arts and many others. He was the 2006 inductee into the National Metalsmiths’ Hall of Fame and was selected as Touchstone Center for Crafts’ 2007 Artist of the Year. He is author and illustrator of Creative Stonesetting, and has served as a technical consultant and contributing author for several contemporary jewelry texts including Metals Technic, Contemporary Silver and The Penland Book of Jewelry. His work has appeared in numerous exhibitions and publications, and is included in many public and private collections, including the Victoria and Albert Museum, London, UK, the Jewish Museum, NYC and the Ackland Museum of Art, Chapel Hill, NC. 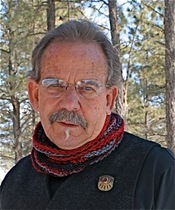 Chris Nelson is a traditional goldsmith that has focused on fabrication and fusing of high karat golds, silver, and more recently gold on textured iron. Chris began his metalsmithing career in 2001. Chris lives in the mountains of southwestern Colorado, and his work is influenced by the form, color and microelements of nature in the mountains, and of many years living close to the Pacific Ocean and the Caribbean Sea

The mastery of several torches and fusing a variety of studio-alloyed golds, led to a curiosity and exploration of working with highly textured iron fused with high karat golds of different colors and properties in 2008. The collection of “urban-armour” art jewelry began to rapidly proliferate in May, 2010, and has been shown in Juried Fine Art Festivals and galleries across the US, including Santa Fe, NYC, Evanston, Ill., Colorado, Houston, New Jersey, and California.

Chris continues to work with new designs and new techniques work iron and gold, and he loves the challenges of the learning curves of the seemingly not so compatible metals. The work continues to receive national and international recognition, and is ever evolving as new processes and techniques are further explored. 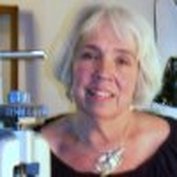 A native–born Pennsylvanian, Marilynn Nicholson earned a Bachelor's Degree from Moore College of Art and Design in Philadelphia, and later received a Master of Fine Arts Degree from the School of American Craftsmen at the Rochester Institute of Technology in upstate New York. Her education has been supplemented by numerous workshops and courses, including several at The School of Jewelry Design and Silversmithing in Birmingham, England. She also studied at the Tyler School of Art in Pennsylvania and at the Worcester Crafts Center in Massachusetts. Marilynn has worked as a self–employed jeweler since 1973. Her extensive list of one–person shows includes exhibitions at the Victoria and Albert Museum and Goldsmiths' Hall in London, the Birmingham Museum Art Gallery in Birmingham, England, and the Heimat Museum iin Idar–Oberstein, Germany. Her jewelry is also included in permanent collections in England at the Victoria and Albert Museum, Goldsmiths' Hall, the Birmingham Museum Art Gallery, and the West Midlands Art Collection at Shugborough Hall in Staffordshire. 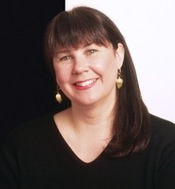 Jayne Redman, a Maine native, earned her B.F.A. in Jewelry and Silversmithing from the Maine College of Art in 1977. She began her jewelry career in New York as a design and production assistant in the fashion jewelry industry. She started her own company, Jayne Redman Jewelry, in 1982. Jayne is the recipient of numerous awards including the Niche Award for Silver Jewelry and Lapidary Journal’s Jewelry Arts Award and has been a finalist in the Saul Bell Awards.

Jayne has been featured in articles for Crafts Report, AJM/MJSA Journal, Lapidary Journal, Professional Jeweler, Niche, and Ornament magazines. Examples of her work illustrate the books Art Jewelry Today by Donna Z. Meilach, Making Metal Beads by Pauline Warg, 500 Earrings by Lark Books and 20th Century Jewelry - The Best of the 500 Series by Lark Books. She was a contributor to the book Profiting by Design by Marlene Richey.

Jayne is a former faculty member of the Maine College of Art. She teaches workshops nationally and at Riverview Workshops at Jayne Redman Studio in southern Maine. She is represented by fine jewelry and craft stores across the country. 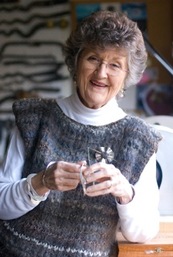 Julia Woodman has lived in Lahti, Finland where she studied with third and fourth generation Fabergé masters while on a Fulbright Grant. She was the first American certified Master Silversmith in Finland. She has a MFA degree from Georgia State University and has studied with Heikki Seppä and other masters at the Penland School of Craft during many summer sessions. She teaches at the Spruill Center for the Arts in Atlanta, Chastain Arts Center and substitute teaches at GSU.